Turkish President Recep Tayyip Erdoğan has told a group of supporters at a mosque in İstanbul that opposition nominees who won office in Sunday’s local elections are “lame ducks.”

Erdoğan, who kept relatively silent after his ruling party was dealt unexpected blows in major Turkish cities in Sunday’s vote has made his first known post-election comments, according to journalist Amberin Zaman, who tweeted video footage of his conversation with a group of supporters.

“We have the majority in parliament. At the moment, everything is going on [as usual],” Erdoğan said to seemingly ecstatic supporters.

“Even if they won, do you know what they have become now? Lame ducks,” Erdoğan went on to say, to which his supporters reacted by exclaiming “Inshallah” (God willing).

Erdoğan also repeated a Turkish proverb suggesting that everything happens for an auspicious reason.

“My husband works at the municipality. We cannot serve him,” said one woman at the scene, apparently referring to Ekrem İmamoğlu, the opposition candidate who won the run for mayor of İstanbul.

The Beginning Of The End For Turkey's Ruling AKP? 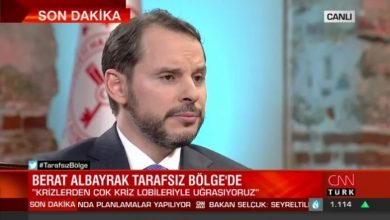