Ateş İlyas Başsoy, advertising and campaign manager for the main opposition Republican People’s Party (CHP), has criticized the overly “festive” mood among opposition circles and called for a more serious approach towards the re-run of the İstanbul mayoral election.

Başsoy, one of the architects of the CHP’s arguably successful campaign for the March 31 local elections, posted a message on Facebook to share his comments on the enthusiasm dominating the opponents of the government.

His message included the caption “Everything will be very difficult,” referring to the hashtag #herşeyçokgüzelolacak, meaning “Everything will be OK,” which became an opposition slogan after Turkey’s Supreme Election Board (YSK) canceled the CHP’s narrow mayoral victory against the ruling party in İstanbul.

Başsoy underlined that the CHP needs to quickly get serious, keep in mind the grave injustice it suffered and think about ways to convey it to the other half of the society that didn’t vote for it.

He also underlined the importance of avoiding making it look like an upper class cause.

“If the YSK took such a decision against them [the ruling party] on the same grounds, like cancelling the presidential election that they won, the victimhood narrative they would produce out of it would last them for 40 years,” he said.

Başsoy claimed that the opposition has been “overdoing the joy” and turning the re-run of the election into a festival, with the hashtag campaigns and a series of witty tweets posted by the CHP-controlled municipalities of resort destinations warning İstanbulites not to visit their towns on the new election day of June 23.

“It’s time to get to work and win hearts, not the time to retire to our echo chambers and chit chat,” he said. “Everything will be OK after June 23, but until that day rest assured that everything will be very difficult.” 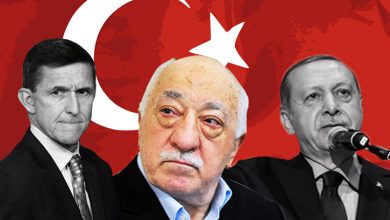