A total of 27,536 undocumented migrants and 561 human smuggling suspects were detained across Turkey in May, the country’s deputy interior minister has said, according to the Hürriyet Daily News.

Nearly 330,000 out of 3.6 million Syrians registered in Turkey returned to their homeland in recent months, İsmail Çataklı said at a press conference on Monday.

Turkey has been the main route for irregular migrants trying to reach Europe, especially since 2011, when the Syrian civil war began.

Çataklı also said 3,645 people were apprehended over their suspected links to terrorist organizations in May.

Turkish security forces “neutralized” 141 Kurdistan Workers’ Party (PKK) militants in May, he said. Authorities often use the word “neutralized” in statements to imply the militants in question surrendered or were killed or captured.

The PKK is listed as a terrorist organization by Turkey, the United States and the European Union.

Referring to narcotics operations, Çataklı said nearly 15,000 suspects were detained and 1,577 were remanded into custody in the same month.

He also said the ministry had initiated legal proceedings against 2,295 people as part of its fight against cybercrimes. 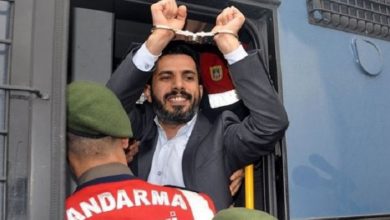