On the eve of the Normandy format summit, President Volodymyr Zelenskyy met with representatives of churches and religious organizations of Ukraine.

The Head of State thanked the hierarchs for their joint address to the inhabitants of the temporarily occupied territories, as well as for the work the Holy Fathers do for Ukrainians. In the context of negotiations in the Normandy format, the President urged to support peaceful initiatives of the Ukrainian side.

“We are different, we have different denominations, churches, mosques, synagogues and more. And that’s okay, because we have a big, very good, sometimes with difficulties, but our country. I believe in you,” Volodymyr Zelenskyy said.

The President stressed that after three years of blocking the Normandy format, the opportunity had emerged to start a dialogue.

The Head of State emphasized that it was important for him to hear advice. “Then I will feel that we are all together,” he said.

Representatives of churches and religious organizations said they were praying for peace in Ukraine and wished the President strength, patience and blessing of God in the Normandy format talks.

Special attention was paid to the inadmissibility of persecution of believers of different denominations in the occupied territories of Donbas and Crimea, as well as court decisions on the elimination of religious buildings.

Primate of the Orthodox Church of Ukraine, Metropolitan of Kyiv and All Ukraine Epifaniy emphasized: “Churches have great potential that should be used in the peaceful initiatives you are currently demonstrating to end this dreadful war. We are praying for peace – for a just peace in Ukraine”.

The Primate of the UOC noted that he traveled a lot in Ukraine and communicated with people. “They sometimes do not understand, we need to bring more information to them, to convince them. Churches can fulfill this mission of delivering truthful information. For example, people often ask about my attitude to the land market, the situation in Donbas and so on,” Metropolitan Epifaniy said.

The Primate of the UOC also requested assistance in resolving the issues of persecution of parishioners and court decisions regarding temples in the occupied Crimea and Donbas.

Metropolitan of the Ukrainian Orthodox Church Onufriy supported peaceful initiatives. “A person’s life can’t be justified or redeemed by anything. It is the most valuable in the whole world. We thank you for starting this peacekeeping mission and understand that it is a difficult process. But it had to be started – the process cannot succeed unless someone starts it,” the Metropolitan of the UOC said. According to him, the issue should be resolved through dialogue.

Major Archbishop of the Ukrainian Greek Catholic Church Sviatoslav noted that Ukraine is a democratic state where everyone is free – regardless of religion, and the religious community appreciates such state of affairs.

“I wish you the strength of Moses, who could told Pharaoh “Let my people go”. Because no one today is interested in peace in Ukraine as Ukrainians themselves. Russia has its own interests, rich countries of the west have their interests. In those negotiations, we cannot abandon our desire to be a free, independent state that has chosen its own path of development. We are worthy for other nations, our neighbors to respect our choice,” he said, wished the President wisdom, and assured of support in the work for the benefit of Ukrainians.

Representatives of churches and religious organizations also expressed concern about draft law № 0931 on harmonization of anti-discrimination legislation with the EU legislation, highlighted the issue of land allocation for the construction of buildings of religious worship, and stressed the need for cooperation to maintain security inside the country.

The President assured of readiness to meet and solve problems.

Following the session of the Council of Presidents of Ukraine and Lithuania, a series of documents were signed

Following the session of the Council of Presidents of Ukraine and Lithuania, a series of documents were signed

Volodymyr Zelenskyy: I really want a big release in the “all for all” format 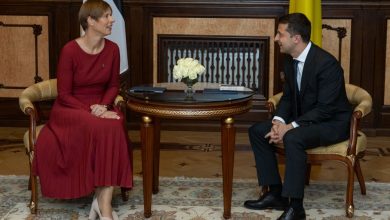 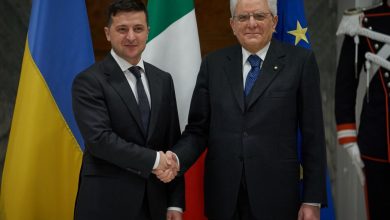 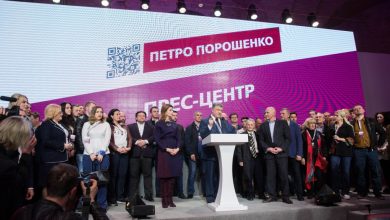 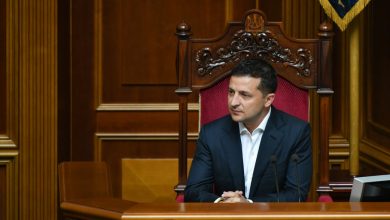 Volodymyr Zelenskyy to MPs when considering the issue of abolishing parliamentary immunity: Just do what you promised people a long time ago