A Turkish court sentenced a parliamentarian from the pro-Kurdish Peoples’ Democratic Party (HDP) to 10 years in jail on Friday for membership of a terrorist organization, court documents showed.

Remziye Tosun, a member of parliament representing the province of Diyarbakir in mainly Kurdish southeast Turkey, will remain free pending the appeals process, according to the documents.

Tosun was accused of treating wounded members of the Kurdistan Workers Party (PKK) militant group during clashes in Diyarbakir’s Sur district in 2016, her lawyer told Reuters.

“There is no evidence that supports the verdict. It is based on statements that were taken by force from individuals who were there during that period,” said Muharrem Sahin.

He added that Tosun had lived in the area and did not have the expertise to treat people.

Ankara accuses the HDP of ties to the PKK, which has fought against the state in the southeast since 1984 and is deemed a terrorist group by Turkey, the United States, and the European Union. The HDP, which is the third-largest party in parliament with 56 deputies, denies such links.

A ceasefire between Ankara and the militant group ended in the summer of 2015, leading to some of the most violent clashes in years, including in the Sur district.

The opposition has accused President Tayyip Erdogan and his AK Party of seeking to quash dissent by jailing opposition members and critics since a 2016 failed coup. The government has said its actions are justified by threats which Turkey faces.

Two other lawmakers from the HDP and one from the main opposition Republican People’s Party (CHP) were jailed in June after parliament stripped them of their status as deputies due convictions against them.

Eleven HDP deputies had their status removed before a parliamentary election in 2018. 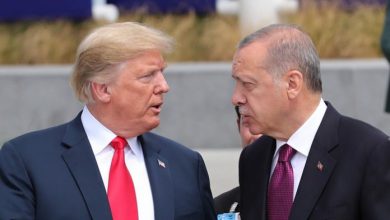