The Turkish Lira dropped 1.8 percent against the US dollar on the first morning after the local election.

Reuters reported that the Turkish authorities’ role in preventing foreign banks from accessing the lira ahead of the vote caused the slide of the Turkish currency.

Turkish news portal T24 reported that the USD/Lira exchange rate recorded 5.6124 early today with the opening of the Asian market.

Moody’s Rating Agency reported today that The Central Bank of the Republic of Turkey’s (CBRT) interference at London Swap Market to prop up the lira currency poses renewed questions on the CBRT’s accountability.

“Intervention to support the lira is contrary to the central bank’s longstanding policy to allow the exchange rate to float freely and poses renewed questions about the transparency and independence,” Moody’s said in a note that the erosion of Turkey’s foreign currency reserves is a credit negative, Reuters reported.

“The recession is only in the early stages”

Jesse Colombo analyzed the Turkish market in his article in Forbes, that a dangerous credit bubble that has been developing in Turkey’s economy. Colombo explained as ‘ultra-low interest rates led to a borrowing binge that created an artificial economic boom, but Turkey’s low-interest-rate era ended in 2018 when the Central Bank hiked rates from 8% to 24%.’

Colombo forecasts a bad scenario for Turkish economy in the coming years as he says that Turkey’s credit bust and recession is only in the early stages – a 15-year-old credit bubble doesn’t resolve in just six months. 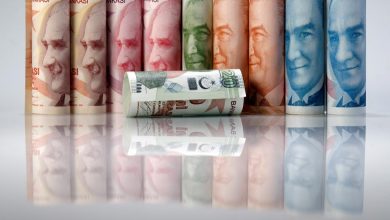