President Recep Tayyip Erdogan stated that the Mayor-Elect of Istanbul would not shape the city’s budget given the contested nature of the opposition party’s majority in the city council, signaling a brewing power struggle ahead.

The vote recount process, however unsatisfactory it may be for Erdogan’s ruling party, is still ongoing. The ruling Justice and Development Party (AKP) is mulling to take the case to the Supreme Election Council (YSK), which has the final say over the results of the elections, either national or local.

But, however the process may evolve, President Erdogan is strident in his objection to control of Turkey’s largest city to the new mayor-elect. The gist of Erdogan’s argument rests on a basic assumption.

“If a mayor lacks a majority to back him up in the city council, then he cannot form commissions as he pleased, he cannot shape the budge as he wished,” Erdogan said, hinting a new form of a power struggle to happen in the period ahead. “The inspection mechanism would not pave the way for a mistake.”

Five days after the local election, Imamoglu’s upset victory still hangs in limbo. Erdogan’s party still challenges the result, striving to find any way to prevent what seems to be the inevitable — the loss of Istanbul, the crown-jewel of the whole election.

The president did not reserve his fire when spoke the matter in a detailed fashion as never before since the election. While he kept silent for the past four days, Erdogan voiced strong criticism of Imamoglu’s visit to Anitkabir Mausoleum that hosts the tomb of Mustafa Kemal Ataturk, the founder of the Turkish Republic. It is a traditional pattern for elected politicians, but not for mayors, to pay a visit to the country’s founder.

This was not lost on the president who picked up that issue. “It is wrong from the angle of the protocol,” Erdogan said.

The visit also was read as self-confirmation by Imamoglu himself for his victory even before the vote recount ended.

The president laid out a lengthy, protracted process ahead. There are three layers of the appeal process. The first objection would be submitted to the district election council, then the city council and then the YSK, which is the highest authority all over the country’s election councils.

The president vowed that his party would pursue the matter in the courts. And the YSK’s ruling would be the final step.

Imamoglu won 48,80 percent of the vote in Istanbul, while his main rival Binali Yildirim, the former Parliament Speaker and former prime minister, was able to garner 48,55 percent, according to final results released by the state-run Anadolu news agency.

In total, the People’s Alliance (Cumhur Ittifaki) won 51,64 percent of the votes across the country. The Nation Alliance (Millet Ittifaki), forged by the secular main opposition Republican People’s Party (CHP) and nationalist IYI (Good) Party, clinched 37,7 percent of the votes in an election that sealed the fate of major cities in a swift rebuke to the Erdogan-led alliance.

After the 25-year rule of Ankara, the Islamist-oriented parties first time lost the city in local elections. Istanbul stands as the next major loss. While the People’s Alliance won surprise victories across southeastern Turkey, winning pro-Kurdish People’s Democracy Party (HDP) strongholds Agri, Sirnak, Mus and Bitlis, Erdogan’s party lost significant votes in central Anatolia and in coastal regions such as Adana and Antalya.

The local vote is seen to herald a new era, raising the specter of the demise of Erdogan’s party in the long run given the emerging challenges of a wobbly economy. The aftermath of the election saw the resurgence of rebel voices in the ranks of AKP as political soul-searching and intra-party score-settling appear in the offing.

Erdogan also admitted that his party needs to change some of its policies and priorities. A widening chasm between the rank-and-file leadership and the party base can no longer be dismissed as mere speculation. And the president signals a new reshuffle within the party. How it would play out is to be seen in the weeks to come, if not months or years. 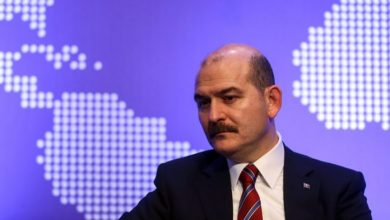 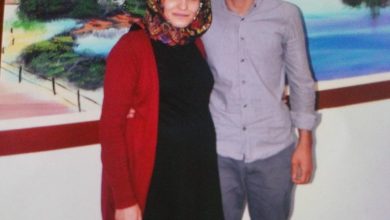