President of Ukraine Petro Poroshenko declares that after the end of his term, he would continue active political work in opposition to the authorities. “I want to emphasize that the new President will have a strong opposition. Very strong,” the President said after the end of the voting in the second round of the presidential elections and the announcement of the results of the exit polls.

At the same time, Petro Poroshenko expressed conviction that the country would benefit from such a situation, as he would continue to defend the European values and the vector of the country’s development.

“But I want to say that the country, our best in the world Ukraine, will only win. I know that for sure. For we can only win when democracy, rule of law, human rights protection, welfare growth and everything characterized by the name of the European direction of development dominate in the country,” the President emphasized.

At the same time, he assured that he would support the new Head of State in matters aimed at defending national interests. “At the same time, for nobody to doubt that, I want to emphasize that I personally and my whole team are ready to lend a shoulder to the President in all his decisions that will be in line with the national interests of Ukraine and bring us closer to the European Union and NATO. Between the announcement of the results of the elections and the inauguration, I am ready to spend any time to help the new President get into the swim of things,” Petro Poroshenko said.

“Moreover, I am ready to give him the entire international support network of Ukraine. All the network we have been building carefully for years,” Petro Poroshenko noted. 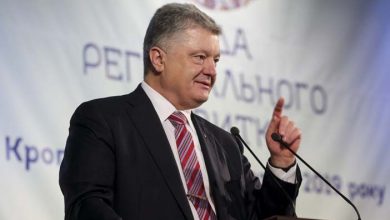