According to the Washington Post, Rudy Giuliani privately urged President Donald Trump in 2017 to return a Turkish cleric living in exile in the Poconos back to Turkey to face criminal charges. Turkish President Recep Tayyip Erdoğan has repeatedly sought the extradition of Fethullah Gülen, saying the one-time associate turned foe has plotted to overthrow his government.

Who is Fethullah Gülen?

Gülen, who is in his late 70s or early 80s, is a Muslim cleric who teaches a philosophy based in Islamic mysticism mixed with advocacy for education and democracy. He has attracted many followers who have run universities, hospitals, and a large media empire in Turkey and, in the United States, a loosely affiliated network of professional associations and charities in addition to charter schools funded by millions of taxpayer dollars, including some in Pennsylvania and New Jersey. One of those schools was the now-closed Truebright Science Academy in Philadelphia’s Olney section.

Giuliani, a former federal prosecutor and now Trump’s lawyer, is not a registered foreign agent. Any lobbying by him on behalf of another country could be the subject of an investigation.

He is currently under scrutiny for his efforts to pressure Ukraine to investigate Trump’s political rivals. His reported efforts to get Gülen extradited ” represent another instance in which he appears to have been pushing a shadow foreign policy from his perch outside government,” according to the Washington Post.

The Post has also reported that Trump sought to enlist then-Secretary of State Rex Tillerson in fall 2017 to work with Giuliani to help stop the prosecution of a Turkish Iranian gold trader represented by the former New York mayor.

Why have I heard Gülen’s name before?

This is not the first time Gülen’s name has been linked to efforts by associates of Trump to get the cleric returned to Turkey. Last year, Trump’s first national security adviser, Michael Flynn, became entangled in a criminal case against two business partners charged with conspiring to “covertly and unlawfully” influence U.S. politicians in an effort to get Gülen extradited.

Federal agents began investigating Flynn in 2016, right after Trump’s election, for possible violations of lobbying law, after Flynn wrote an op-ed for The Hill attacking Gülen as a “radical Islamist” and a “shady Islamic mullah.” Prosecutors also looked into reports that Flynn had discussed kidnapping Gülen and forcibly returning him to Turkey, but Flynn denied any such plot and has not been charged in that regard.

Flynn associate Bijan Kian was convicted in June of two federal charges related to pro-Turkish government lobbying work in 2016. His codefendant, Ekim Alptekin, is a fugitive believed to be living in Turkey.

Flynn, who resigned after only 24 days as national security adviser, is slated to be sentenced Dec. 18 for lying to the FBI about his contacts with Russia’s ambassador to the United States.

How did Gülen come to live in the United States?

He first he came to the United States in 1999 for medical treatment — he has heart problems and diabetes. He went into self-imposed exile in Saylorsville, Pa., after he was charged in 2000 with seeking the overthrow of Turkey’s then-secularist government. He is a permanent U.S. resident.

What is the shared history between Erdogan and Gülen?

The two men were once close, sharing a common desire to turn Turkey from the secular state that emerged after World War I to one that is nationalist, conservative, and religious, something Erdogan has mostly succeeded in doing since beginning his rise to power in 2003.

Ariel Salzmann, an associate professor of Islamic and world history at Queen’s University in Canada, has said their relationship started to come apart when followers of Gülen, known as Gülenists, in the police and judiciary “became a little too independent” under Erdogan’s government. Salzmann told Middle East Eye that the situation only got worse when Gülen criticized Erdogan for his handling of antigovernment protests that turned violent in 2013. After that, Erdogan went after Gülenist schools and moved to purge its members from the courts, government, and military.

While this was underway, the police launched raids against businessman and Erdogan allies alleging they had bypassed international sanctions against Iran by sending gold to Tehran to buy oil and gas. Erdogan’s supporters blamed Gülenists within the police for carrying out the raids.

Then, on July 15, 2016, a faction within the Turkish military moved to take control of the capital Ankara and Istanbul, only to be crushed by forces loyal to the government, leaving several hundred people dead and many more wounded. Mass arrests and purges within the government followed as Erdogan blamed Gülen for the coup attempt and demanded his extradition from the United States. Gülen has repeatedly denied the allegations. 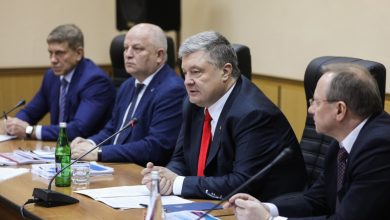 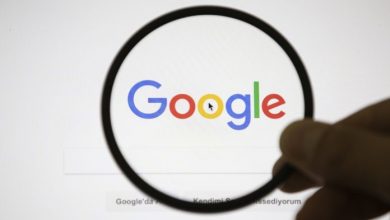 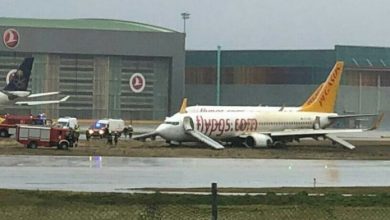