A July 10 visit by President Volodymyr Zelensky to Boryspil, a city of 60,000 just outside Kyiv, ended in a bitter argument between the head of state and Yaroslav Hodunok, a secretary of the city council.

The reason for the argument was the dire state of a local hospital, which Hodunok claimed could not be repaired out of the city budget because it’s the responsibility of the district authority.

Newly-appointed Kyiv Oblast Governor Mykhailo Bno-Ayriyan claimed the city can co-finance the reconstruction of the hospital with district authorities. Hodunok said it’s untrue, and accused the district authorities of embezzling money and putting all the main expenses onto the city budget.

“You talk a lot without solving any problem,” Zelensky told Hodunok. “Start at least with something.”

Later, during the same meeting, Zelensky read a message from his phone, citing a report that Hodunok had allegedly been convicted of robbery.

“Is this true? Is this you? Get out of here, you, a bandit!” Zelensky shouted at him.

When Hodunok tried to protest and called the accusation “nonsense,” Zelensky continued: “I will tell you in English — exit.”

Zelensky’s bodyguard dragged the official out of the meeting room.

Another YouTube video shows that at the end of the meeting Zelensky told someone “I will call Bakanov regarding this bastard.” Ivan Bakanov is an executive head of the SBU state security service and former head of Zelensky’s party.

Hodunok’s official biography, available on the website of the Chesno civic watchdog, says he has no criminal record. He was elected to the Boryspil City Council from the Batkivshchyna party of former Prime Minister Yulia Tymoshenko.

In an interview with Komsomolskaya Pravda in Ukraine later the day, Hodunok said he would bring Zelensky to court and demand compensation for the insult. “He behaved like a thug,” Hodunok said.

Hodunok’s Facebook wall has many remarks from his friends saying that the official was a vehement supporter of Zelensky during the recent presidential campaign.

The derogatory tone used by Zelensky is not a new feature for Ukrainian state officials.

His business partner, billionaire oligarch Ihor Kolomoisky, while governor of Dnipropetrovsk Oblast in 2015 verbally attacked an investigative journalist, saying “Did you put your tongue in your ass?”

In 2012, Kharkiv Mayor Gennady Kernes slammed one of his subordinates in a similar manner. “I will multiply you to zero! Do you understand me?” he said.

Volodymyr Zelenskyy: The state will solve urgent problems of the veterans

Volodymyr Zelenskyy: The state will solve urgent problems of the veterans 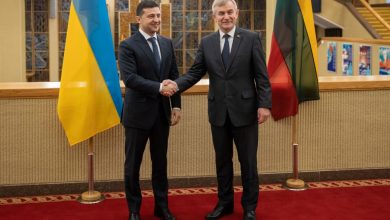 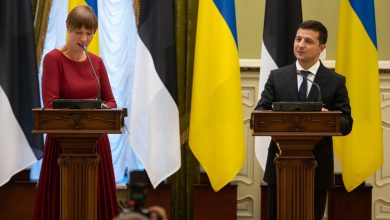 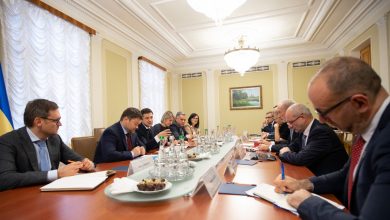 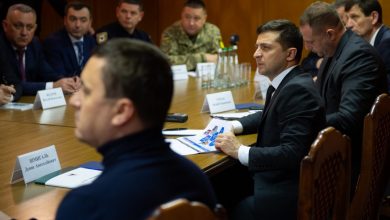