The President inspected the infrastructure of the checkpoint and the conditions in which people cross the administrative border. The Head of State spoke with the citizens who were heading to the occupied Crimea and the inhabitants of the neighboring districts.

At the meeting on the implementation of the projects on the equipment of Chonhar and Kalanchak checkpoints, newly appointed Kherson RSA Head Yurii Husiev emphasized that people from the temporarily occupied territory should feel that Europe begins with the Kherson region. And this should be reflected in the quality of service and attention of officials and civil servants of all levels.

“Since the beginning of occupation, people crossing the administrative border with Crimea suffer from the lack of proper infrastructure: unfortunately, high-quality infrastructure has not been created since 2014. Problems on the checkpoint are usually complex and require coordinated interaction of various executive authorities,” he said.

According to Yurii Husiev, the implementation of the project on the equipment of the checkpoint has the following risks: corruption, lack of funding, as well as violations by designers and general contractor of the contractual schedule of design and construction.

The new RSA Head noted that the completion of the first stage of the equipment of the checkpoint (creation of restricted areas) was scheduled for November 15.

The President stressed that the second final stage of the project – creation of service centers with bus terminals and administrative services centers – must be completed by December 20 of this year.

“Let it be December 20. That will be enough. Otherwise, the new governor will remain in the past. It’s fair,” Volodymyr Zelenskyy noted.

At the same time, the participants of the meeting informed the President that already allocated 100 million hryvnias would be enough for the first stage of the project. However, the state budget still has not provided 70 million hryvnias for the second stage.

The Head of State promised to help ensure full funding of the project on the equipment of the checkpoint. 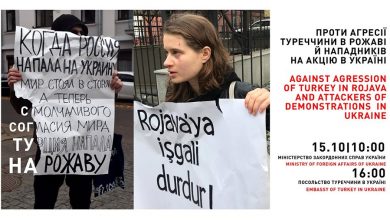 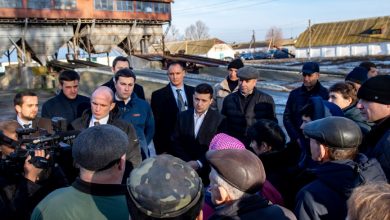 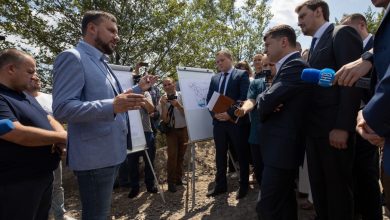