A court in the northern Turkish province of Edirne has imposed a gag order on news reports about Veysel Filiz, a former employee of the Turkish Embassy in Brussels who was arrested on drug trafficking charges after police found 100 kilos of heroin in his vehicle earlier this month.

Filiz was a former press counselor at the Turkish Embassy in Brussels and the European Muslim Initiative for Social Cohesion (EMISCO) spokesperson.

The former embassy official was taken into custody on Dec. 9 by Turkish police who found 100 kilos of heroin, with a market value of around €5 million ($6.1 million), hidden in his vehicle at the Hamzabeyli border gate on the frontier with Bulgaria after receiving a tip-off.

Reports of his arrest surfaced nearly two weeks later since immigration officials were ordered by Turkey’s Trade Ministry to keep the incident out of public view, according to Turkish media reports.

Lawyers for Filiz claim the news reports showing Filiz involved in drug trafficking are an attempt at character assassination.

Filiz, who used to frequently appear on pro-government TV news outlets as a foreign policy expert, was fired from his job at the Turkish Embassy in Brussels in 2017 due to an investigation into threats sent on social media to dissident Turkish journalists abroad following a coup attempt in Turkey in July 2016. 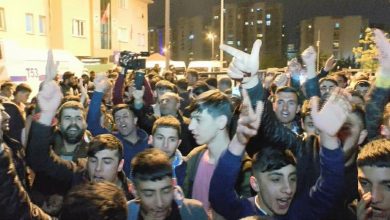