During a meeting with students and professors of the National University of Bioresources and Environmental Management of Ukraine, President Petro Poroshenko emphasized that Ukraine should become a regional leader, an integral part of European civilization and a cornerstone of its security. “Our goal is to turn Ukraine into a state of free, happy and prosperous people,” he said.

The President noted that today’s meeting has brought together those who will embody the future of Ukrainian agro-sector. “This is one of the five priorities of my economic development,” Petro Poroshenko said. He emphasized that the other four were IT industry, high-tech engineering, infrastructure and logistics, tourism.

The President said: “After we harvested 70 million tons of grain last year, Ukraine became one of the ten largest grain producers in the world, entered the top three largest exporters of the world. Ukraine is and will be a leader”. At the same time, he stressed that this should be not only production. “Ukraine should become a leader in the processing industry. I am sure that salaries, taxes, the VAT will remain here in this case. We have everything for that,” he said.

The President also noted that Ukrainian goods were now exported to the largest market in the world – the EU market. Ukraine already exports up to 42% of its products and goods. He expressed conviction that this figure could reach 50% in the near future.

“Ukraine, as the largest country in Europe in terms of the area of farmland, should become one of the world’s leaders in the production of not just grain, but all agrarian and food products,” Petro Poroshenko is convinced. He noted that his strategy was to address four specific areas.

“First. We need to raise the cost of land rent. In order to raise the living standards. On average, EUR 52 per hectare leased by citizens-holders of shares. This is simply an unrealistic price of land lease in Europe. In Lithuania, it is 81 euros. Why don’t we pay the farmer his honest rental price?” the President said.

“We must extend these standards and requirements to the land belonging to the peasants. Only open auctions with single starting conditions can abolish the domination of major tenants. Due to the correct reforms, we can increase the cost of land lease in Ukraine 5 times. This will be a fair position. In this way, we will increase the well-being of our peasants significantly,” Petro Poroshenko noted.

According to him, the second direction is a joint effort to facilitate access to lending. He notes that now only 7% of the loan portfolio of Ukrainian banks falls on the agrarian sector. But as soon as reforms are carried out, the interest of the bankers will increase.

“At the price of great efforts, despite the extraordinary resistance and information warfare, we have improved the banking sector. We already have resources. Today, it will be the first priority set by the President. Now there is competition and it forces banks to find new clients, including in the agrarian sector,” he said, adding that the traditional problems of bank lending to agrarians – the low quality of collateral for such loans, high risk of loans – remain.

“The next problem is the depreciation of infrastructure. At a time when a significant part of the world suffers from hunger, a noticeable part of our farmers’ harvest is spoiled only because of the outdated elevators, port transshipment, queues and unfair tariffs,” he stated.

“Fourth, and the main thing, in my opinion, is the low added value of production. Low level of processing. Example: $ 9 billion of exported crop production account for only $ 1 billion of livestock products. On the one hand, over the past 10 years, our grain crops have doubled, last year we reached a record high of 70 million tons of grain. On the other hand, cattle breeding is in crisis, the number of cattle has decreased by about 7 times,” Petro Poroshenko said.

According to the President, we continue to maintain normal positions due to the development of technologies and productivity growth for certain livestock products. “But these trends threaten not only agriculture, but also food security of the country,” he added.

Petro Poroshenko called the reasons for this situation. “The existing state subsidies are ineffective. Together with our partners in the Government, due to the support of Prime Minister Volodymyr Groysman, we will propose a new and effective way to solve this problem. Low profitability, seasonal factors, epidemic risks, problems with grazing areas, high current costs, etc. As a result, the need to strengthen public policy in livestock production is evident. Because the medium and small business is not working now,” the President noted.

At the same time, the large investment projects that are being carried out here give the result. “Last year we entered the top 10 exporters of dairy products in the world. But we need to work on raising the standards of quality to the standards of the European Union. And gradually reorient our dairy production from the post-Soviet, Russian markets to the European ones,” he emphasized.

“All this is not an empty promise. The foundation for the implementation of a large number of these things has already been laid. They are achievable if we are united and cooperative. Increasing the standard of living, including in the countryside, needs daily work,” Petro Poroshenko stressed.

“Ukraine’s economy is on the rise. Therefore, the historic chance for a change should be realized. Our duty is to unite all those who are ready to work for the sake of Ukraine’s prosperity, for the sake of the safety and well-being of our citizens. When we are united, nothing is impossible for us,” the Head of State said.

Petro Poroshenko expressed conviction that the unity and the desire to preserve our European course will allows us to complete all the fundamental changes initiated in the previous five years. “We will overcome poverty, provide Ukraine and each of its citizens with security and prosperity,” he noted.

President emphasizes the importance of introducing a tax on withdrawn capital, which will stimulate the development of the economy 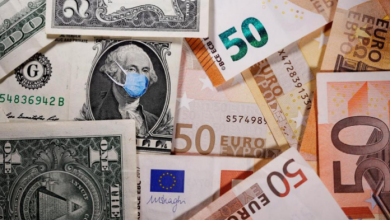 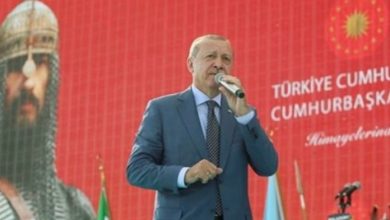